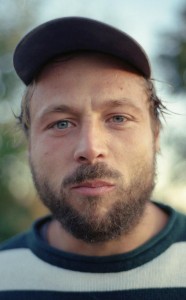 Short vita
Born 1989 in Erfurt, Germany. Degree in "Audiovisual Media" in Berlin in 2015. Between 2012 and 2015 assistant director and project assistant at the Theater an der Parkaue Berlin. 2014 semester abroad at the Jerusalem Art Academy "Bezalel Academy of Arts and Design Jerusalem". Since 2015 Studies in directing at the Film University Babelsberg KONRAD WOLF. With his film "The Proband" he won the German Short Film Award in 2019. September 2019 exchange program in Johannesburg, South Africa at the University of Witswatersrand in the Film and Television Department. Since October 2019 master's degree in film directing at the Film University Babelsberg.